The Burke Law Group is one of New Brunswick’s Progressive Law Firms. Our lawyers focus on criminal defence, aboriginal law, civil litigation, employment and labour disputes, and corporate and commercial transactions. We have appeared in all levels of Court and the
Supreme Court of Canada.

Our clients range from international companies and fast growth startups, to unions, interest groups and individuals. With every file, we strive to defend our clients’ challenges and protect their interests. Our goal is to provide you with the best results.

Lawyers at The Burke Law Group defend individuals that have been charged with criminal offences. Our team offers years of experience and understanding of this often stressful and complex area of law. The Burke Law Group is committed to ensuring each client receives a fair trial, properly conducted before a court of law.

Whether you have an established business or are part of a start-up company, the lawyers at The Burke Law Group have the expertise to meet the business needs of our clients. From incorporations, corporate governance and reorganization, and complex transactions, our office can assist with any legal matter.

Our lawyers have a well-earned reputation as tireless client advocates and respected family law lawyers. We can work to negotiate a fair agreement without the need for a costly court proceeding or we can fight in court, if necessary. Our lawyers prepare every case as if it is going to trial. We will not hesitate to take your case to court in pursuit of the most desirable outcome for you and your family.

Being sued or suing someone is often referred to as litigation, including small claims court. Our lawyers have a vast range of experience in this complex area of law. The Burke Law Group is focused on obtaining optimal results for its clients that must defend themselves in court when blamed for wrongdoing. Our lawyers offer tireless dedication in this area of law.

A car crash, slip and fall, or any other personal injury can be life changing. These injuries often come with costs that only add to the pain and suffering you may be experiencing. Our lawyers have extensive experience in litigating personal injury claims and can assert your right to compensation from any party that caused your injuries.

Being dismissed or dismissing an employee from your work can be a troubling and traumatic life experience. The Burke Law Group on your side means you have solid, experienced employment counsel who provide effective solutions for settlement without going to court or, when necessary, navigate a courtroom to ensure your rights as an employer or employee are protected.

Buying or selling a house is one of the most significant investments your family will make. The process can be confusing to navigate. Hiring the right lawyer early in the process can save you time, risk, and most importantly money. The lawyers at The Burke Law Group have extensive experience in facilitating these transactions.

Estate planning should be designed to meet your individual needs and circumstances. Our lawyers can take care of your estate planning, from the most basic to complicated structures, and assist in the administration of a loved ones estate, to bring you peace of mind. 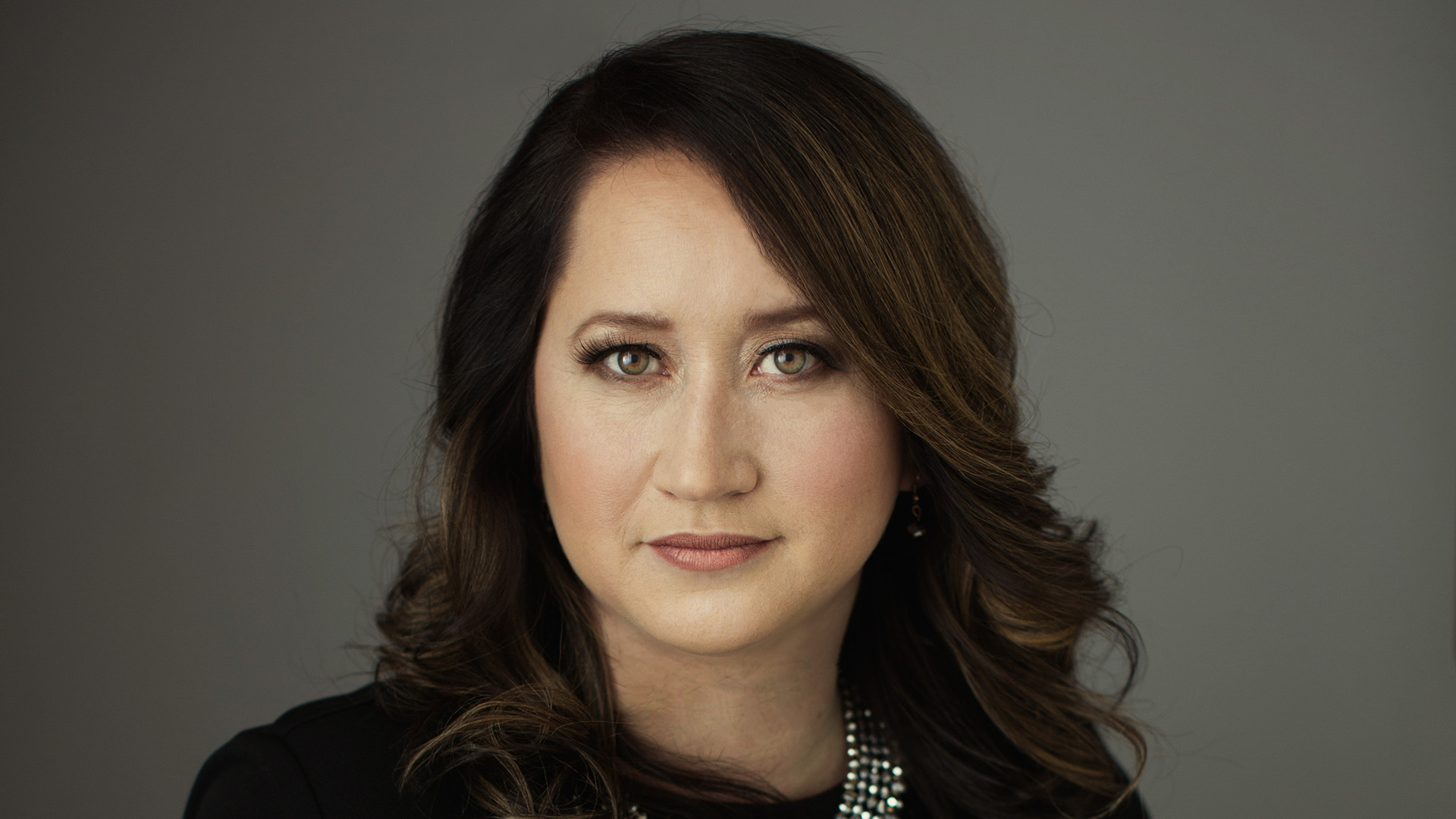 Born in Los Angeles, California, his family relocated to Fredericton, New Brunswick in 1978 where he spent his childhood. After completing High School, T.J. enlisted into the United States Military and served as a Paratrooper and Forward Observer for an Infantry Company with the 82nd Airborne Division based at Fort Bragg, North Carolina. He was honourably discharged in 1995.

A Dalhousie University Law Graduate in 2000 and winner of the Sarah MacWalker MacKenzie Award he became a member of the New Brunswick Law Society in June 2002.

In 2006, T.J., was elected a second time to represent his riding on the Northside of Fredericton and was appointed as Minister of Justice and Attorney General for the Province of New Brunswick and served in that capacity until 2009.

T.J. practices in criminal law and has a dedicated labour and employment practice. He’s worked extensively with First Nation Bands throughout the Province and has successfully resolved outstanding land claim issues against the Government of Canada. He has served as lead counsel in several matters at the New Brunswick Court of Appeal and the Supreme Court of Canada.

T.J. is the recipient of the King’s Counsel (K.C.) designation and Queen’s Diamond Jubilee Award.

He has represented business clients with matters from start-ups to sale of assets or shares to public companies and all steps along the way.

He has experience in shareholder dispute and business re-organizations, for tax, estate and insolvency purposes, together with experience in Employee Share Ownership Plans and other types of employee ownership.

He has represented the Province of New Brunswick and was co-counsel on two 3P projects. He also advises several charitable organizations, including churches.

Charlie has appeared in the Probate Court, the Court of Queen’s Bench, the Court of Appeal, Federal Court, Bankruptcy Court, and Tax Court.

Born and raised on the mighty Miramichi, Ron left home to pursue post-secondary education at St. Francis Xavier University, only to return to New Brunswick to further his bachelor degree in Arts at St. Thomas University. After years “kicking rubber” between the pipes for the Tommies, earning the notorious nickname “the Cat”, Ron graduated and was accepted to Law School at the University of New Brunswick.

Upon graduation, Ron was called to the New Brunswick Bar Association in 1980.

With a lengthy legal career in Criminal Law, Ron initially formed a 23 year partnership, Roach and Morris based in Oromocto, NB. Continuing his legal career, Ron joined J. William Cabel over 13 years ago in Fredericton, NB. He is counsel to The Burke Law Group since 2016.

Ron received the King’s Counsel (K.C.) designation in 2006 for his long-standing service, commitment and excellence in the practice of law.

Although hockey skates and baseball cleats have long been retired, Ron now enjoys a good read, watching the Red Sox and attending sci-fi conventions with grandson Gabe. Ron and his wife, Yvette, reside on Fredericton’s Northside.

Aleacia graduated with a Bachelor of Arts from the University College of Cape Breton in 1998 and from the University of New Brunswick with an L.L.B. in 2002.  Aleacia was called to the New Brunswick bar in 2004 and has actively been in practice since then.  She joined the Burke Law Group in 2020, bringing a deep wealth of experience through her family law practice. In addition to her family law practice, Aleacia also practices in wills and estates and property.

She has appeared in Provincial Court, the Court of Queen’s Bench, in various jurisdictions, as well as the New Brunswick Court of Appeal. Aleacia is comfortable with the adversarial nature of court but also works to resolve files in an amicable manner when that is possible and understands that family law must focus on the family first.

Aleacia is an active community member.  She currently chairs the board of the Fredericton Family Resource Center and has previously chaired Laubach Literacy Fredericton.  Aleacia is also a busy volunteer and offers her time to various community groups including Habitat for Humanity and CHIMO.

Jennifer is both a litigator and a dealmaker.  She can try a case to a final verdict, counsel a complex transaction to its final signature, and settle disputes with first-rate results. She prides herself on helping clients understand complicated legal processes and on providing unfiltered advice that a client may not otherwise get.

Born and raised in Fredericton, Jennifer obtained a Bachelor of Business Administration Degree, with Honors in Finance in 2005.  After graduating she worked for the Provincial Pension Fund until 2009, when she enrolled in Law School at the University of New Brunswick.  Jennifer successfully completed her Law Degree in 2012 and was called to the New Brunswick Bar in 2013.

Jennifer is a partner at the Burke Law Group and maintains a general legal practice.  She routinely practices in family law, wills and estates, employment law and real property, with an emphasis in Civil Litigation and Personal Injury.

Outside of the office, Jennifer is a committee member of the Dr. Everett Chalmers Hospital Foundation annual fundraiser and a volunteer with the Canadian Cancer Foundation.

Emily was born and raised on the Northside of Fredericton and proudly continues to call it “home”. She graduated with her Bachelor of Arts (Hons.) from St. Thomas University in 2011, her Law Degree from the University of New Brunswick in 2014, and her Masters in Law from Osgoode Hall Law School in 2022. She received the Lyman Purnell Prize in Wills and Estates in 2014.

Emily was called to the New Brunswick Bar in 2015 and joined The Burke Law Group at that time. She maintains a general legal practice with an emphasis on criminal defence. She puts care and attention into each file and is passionate about providing her clients with zealous advocacy, no matter the issue. Emily has appeared in all levels of court in New Brunswick and is frequently before the courts throughout New Brunswick and Atlantic Canada.

Outside of the office, Emily is a board member for the New Brunswick Public Libraries Board and the Fredericton Intercultural Centre. She previously sat on the Board of the St. Thomas University Alumni Association and played saxophone with STU Jazz, The Thomists, and the UNB Concert Band. Emily is an avid music lover and a local craft beer enthusiast.

Do not send confidential information or details about your case by email. Do not forward any documents to us. We will not review such information nor can we provide advice until we have accepted you as a client.

Please note that any email correspondence to contact the firm is informational only. You will not be considered a client of the firm until we have agreed to act for you in accordance with our usual policies for accepting clients. The content of this website is provided for informational purposes only and should not be construed as legal advice. No action with regards to your particular matter should be taken until you have first sought full legal or professional advice from a lawyer fully retained to act on your behalf.

The Burke Law Group offers its legal services on an hourly basis; but in some circumstances, may work on a fee percentage basis. In other words, we do not get paid unless you get paid.